Revitalization of the Jewish cemetery in Kysucke Nove Mesto continued with more works in second half of September 2019. At this stage, tombstones were first removed from clay and municipal waste. On Wednesday, 18 September 2019 eight young people cleaned the cemetery of wind dispersed woods, stones and waste and in the afternoon the machinery began to remove landfill from the cemetery (its removal also continued in the following days).

The landfill disposal was performed very carefully in order not to damage original gravestones hidden a few meters below deposits of the landfill. Waste material from the landfill was separated – concrete frames, grave covers and tombstones from the town cemetery were piled in one heap and clay and gravel were loaded into a lorry. So far approximately 144 tonnes of waste have been collected which represents 50% of the landfill volume.

The landfill disposal was carried out thanks to SYTEV Civic Association which provided funds from EPH Foundation. Our gratitude also goes to YC – Youth Club Kysucke Nove Mesto (part of SYTEV CA) which organized the disposal of the landfill.

Text and photos in the article were taken from the Zilina Gallery. 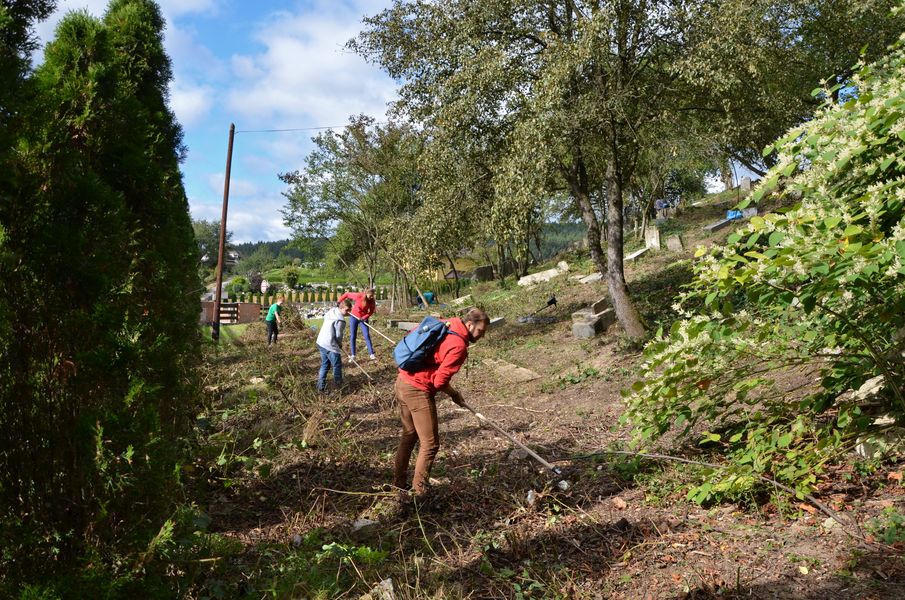 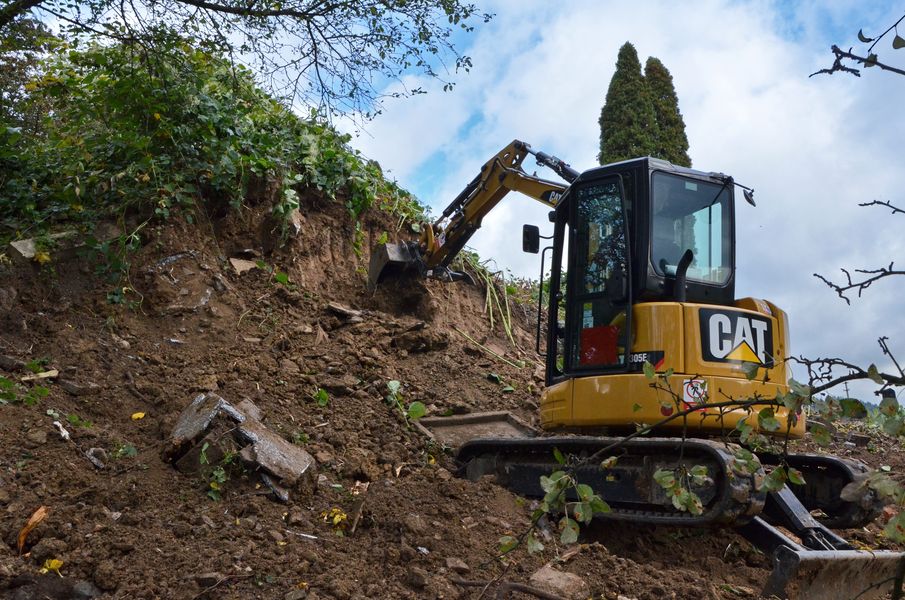 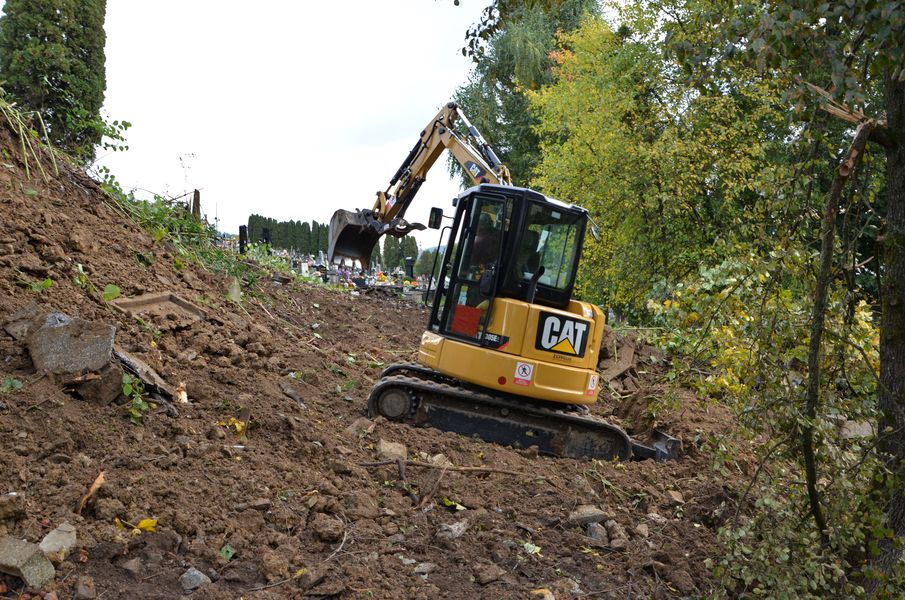 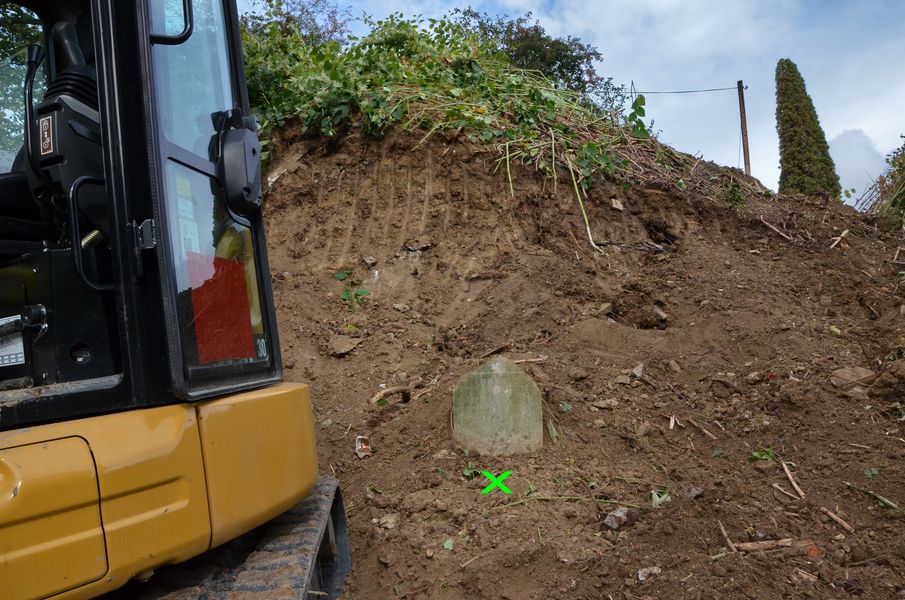 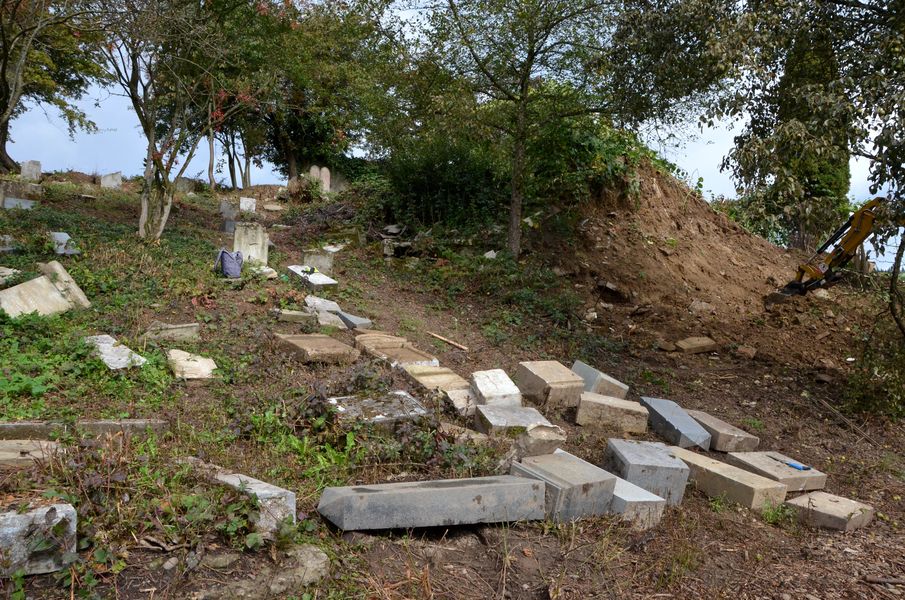 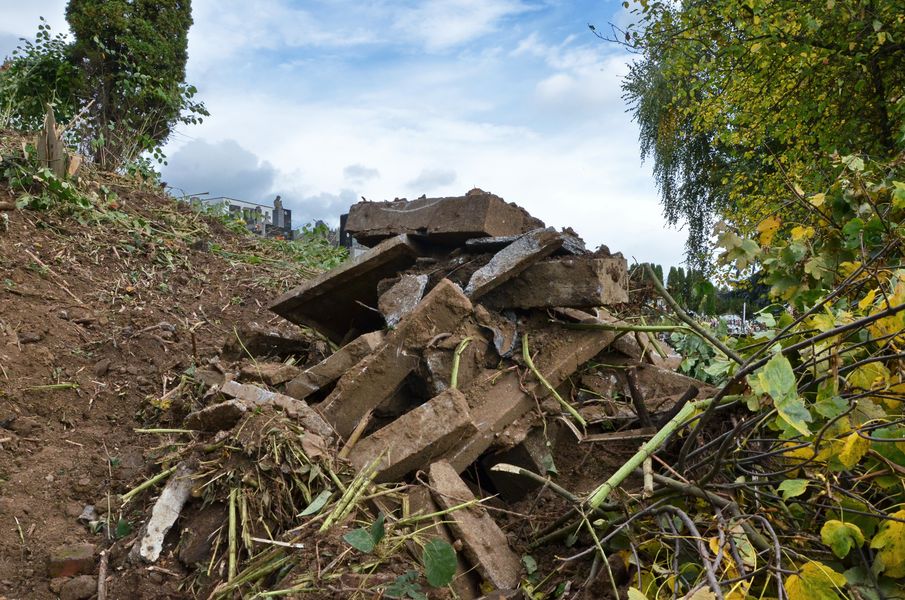